A High Profile Client And A Multi-Season Project

Shames Construction is a company based in Livermore that has been providing excellent service to their customers in California for over twenty-five years. Their stellar service has kept them working closely with Wal-Mart since 2003. In winter of 2014, they were contracted to convert a retail strip mall into a new Neighborhood Wal-Mart in Elk Grove, CA. 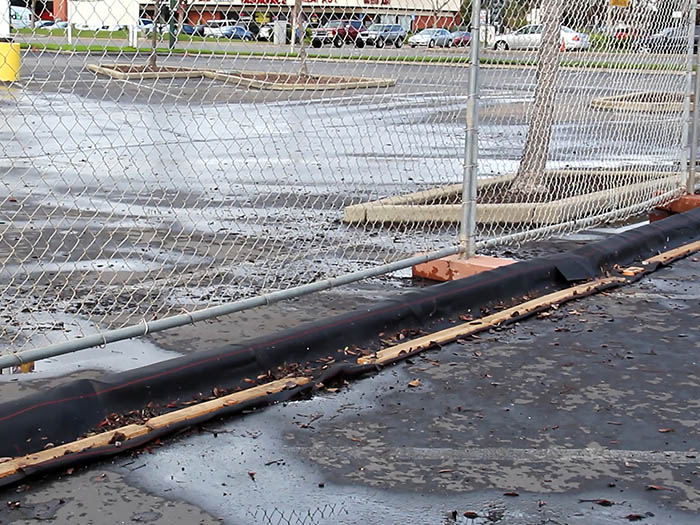 A Tight Budget And Strict Requirements

Finding an effective sediment control BMP that can be installed on hard asphalt was going to be difficult for the Shames team. A typical solution for hard surface applications is straw wattle/ fiber rolls weighted down with gravel bags. For this job, the original SWPPP from Wal-Mart had spec’d 1000 linear feet of synthetic sediment control barrier.

Sigler had used a synthetic silt dike in the past; however, he and Hillyard knew there were several problems with using silt dikes for this specific application. First, the shipping cost for the silt dikes they were familiar with was not in the budget that Wal-Mart had set for this SWPPP. More importantly Sigler knew the strong adhesive required to secure the silt dikes to the asphalt would have irreversibly damaged the existing parking lot that they were building in.

Hillyard and Sigler needed to find a synthetic sediment control barrier that could meet Wal-Mart’s expectations, stay in compliance, stay in budget, and could be installed on hard surface without damaging the asphalt. 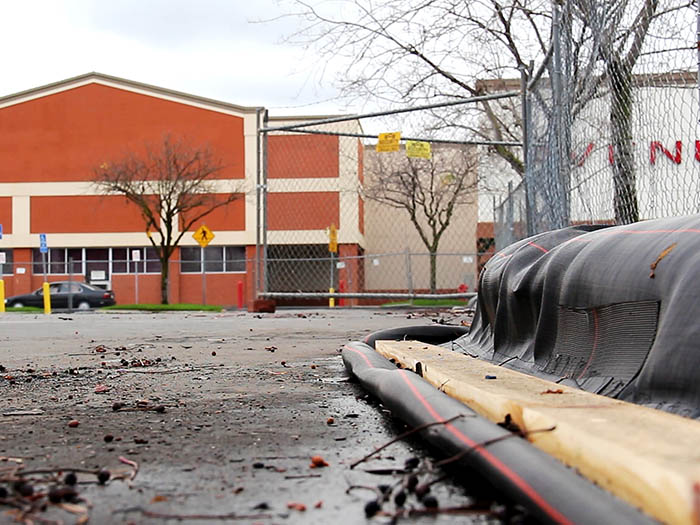 DuraWattle Fits The Bill (And More)

After contacting several distributors, Shames chose to innovate by using the DuraWattle as their synthetic sediment control barrier for their job in Elk Grove.

The DuraWattle’s hard surface installation was a key factor that led Shames to their decision. The product is installed on hard surfaces by securing wood planks over the tail section of the wattle with tapcon screws. This installation process takes much less time than other hard surface installs and causes less damage to the asphalt. The DuraWattle can also be uninstalled and removed with ease even when secured to asphalt. The reusability of the product equates to higher cost savings for companies like Shames who want to save their clients as much money as possible on their SWPPP budget.

In addition to the ease of installation, the DuraWattle ships compressed. 1200ft* of the product can fit on a single pallet, saving customers money on shipping and labor costs. 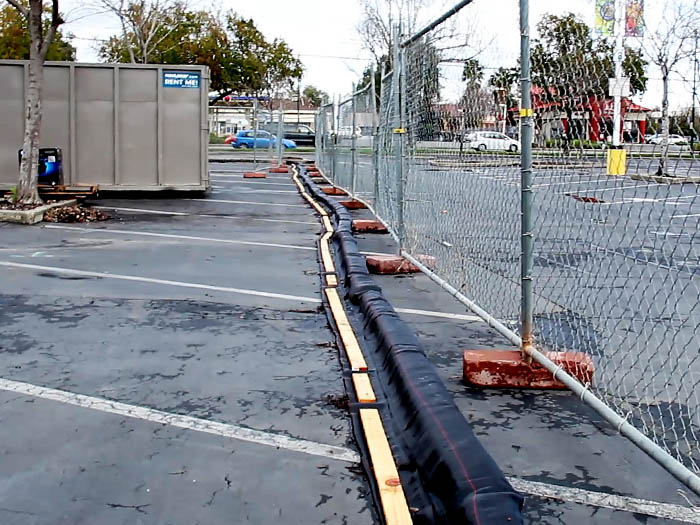 According to Sigler, the 1200ft of DuraWattle arrived at the site “well packaged and compact enough to be stored in a smaller storage section onsite”. Workers laid out each 12ft section and punctured the inner linings to inflate the DuraWattle. Working in small sections, they connected the interlocking sections and secured the wattle to the asphalt.

When asked about the difficulty of the installation process, Sigler said, “It’s more cost effective than the glue, obviously. Saved us some money not having to glue both sides. Just fold it over your lap, predrill your holes, and run your tapcons in.” The entire installation took approximately 22-man hours to install about 1000ft of the DuraWattle on the asphalt. Sigler and Hillyard reported that the product was lightweight and easy to work with. 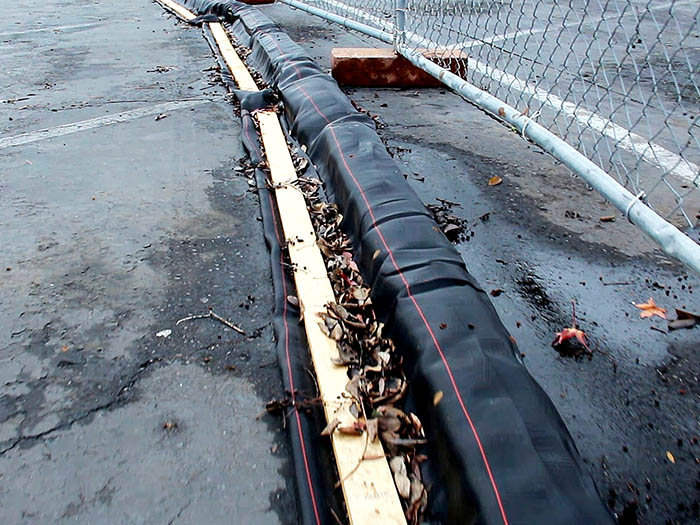 Sigler had observed that all the debris and sediment that had been washed towards the perimeter of the site had been held behind the barrier as clean rain water flowed off site without ponding. He stated that, “The water flowed out to our drain inlets and the DuraWattle performed great.” The trapped sediment was easy to clean off the developed site and the DuraWattle stayed secured to the asphalt.

Interviewing Dean Hillyard, he described that they had been using the DuraWattle in low traffic areas of the site where rumble plates were not required and, “we had trucks drive over the product and it bounced right back every time.” Although California saw less rain in the later months of the project, he also reported that the wattle was still just as effective as the day it was installed on site.

Throughout the life of the project, the DuraWattle remained securely anchored to the asphalt. It maintained its shape and effectiveness despite being driven over several times a day for 7 months. When asked what he liked most about the DuraWattle on his job site, Hillyard replied, “I don’t have to pay attention to it. It’s very low maintenance. It does the job whether you’re there or not.”

Hillyard also made plans to reuse the majority of the DuraWattle after it was finished in June. He planned to pack the 12ft sections into a container for transport to his next job, regardless of the install surface (hard surface, soil, or sidewalk). Hillyard was excited about the possibilities of reusing the DuraWattle at different sites in the future. He stated that storing and reusing other synthetic barriers, like the silt dikes, was not possible due to the amount of space required to store them.

For Hillyard and Sigler at Shames Construction, the DuraWattle was an innovative choice that saved their client money and kept their site in compliance. The product delivered on effective sediment control solution that was easier to install than similar synthetic products. The simple installation saved their team time and money without damaging the existing parking lot. After seven months of use, the DuraWattle will continue to save Shames Construction time and money while providing proven effectiveness on their job sites.